Lyre's now the most awarded non-alcoholic spirit company in the World!

In only the first year of launch, standing true to the brand’s tagline "the finest range of non-alcoholic classic spirits the world has ever seen" Lyre’s Non-Alcoholic Spirits has been awarded 46 medals across the globe!

From competitions such as San Francisco World Spirits Competition (SFWSC) and the London Spirit Awards, Lyre's has proven time and time again that the high quality liquid surpasses competing non-alcoholic spirits but also stands strong even when measured against their alcoholic counterparts!

SFWC is one of the most influential spirits competitions in the world, judged by a panel of 52 leading industry experts. This year's competition was the biggest in its history, featuring almost 3,000 entries in various categories. The portfolio now surpasses all others brands in the category, having claimed the most awards for flavour and taste.

It was not so long ago, that desiring a low or no alcohol drink meant compromising on taste. Enter Lyre’s –

“The judges tasted Lyre’s against alcoholic counterparts in the aperitif, coffee liqueur, fruit liqueur, nut liqueur, other whiskey, and sugar cane spirits categories. It was exciting to discover non-alcoholic products that could sit on the back bar like an alcoholic spirit and the medals reflect how impressed we were with the quality across the range.”

SO HOW DOES LYRE'S REVIEW? 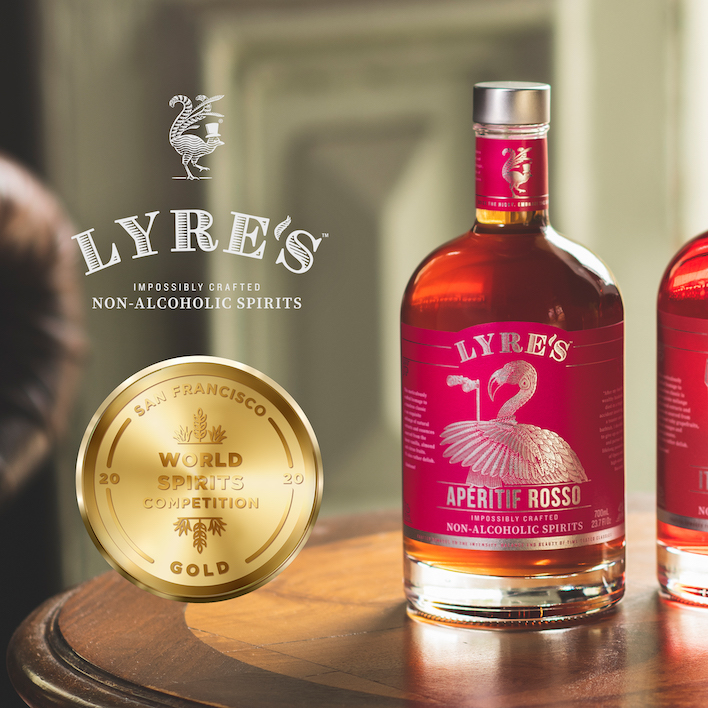 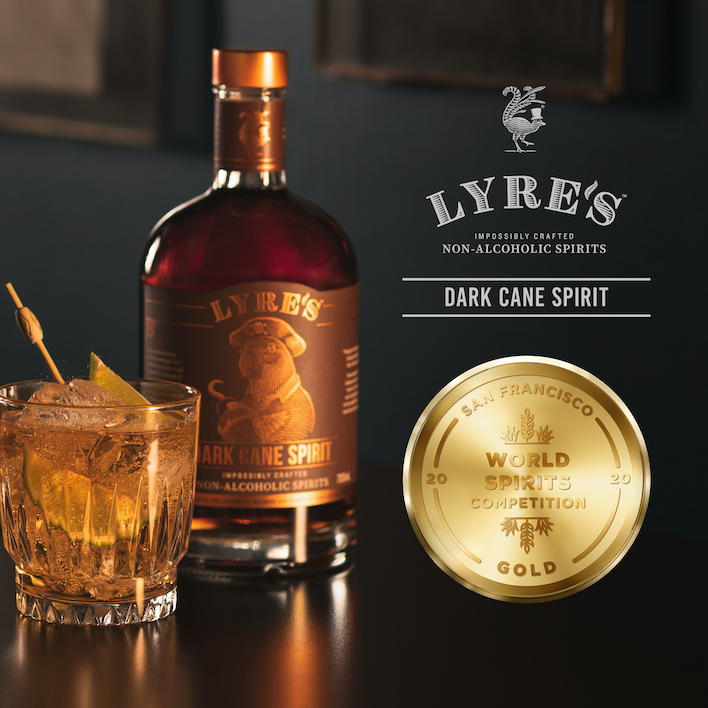 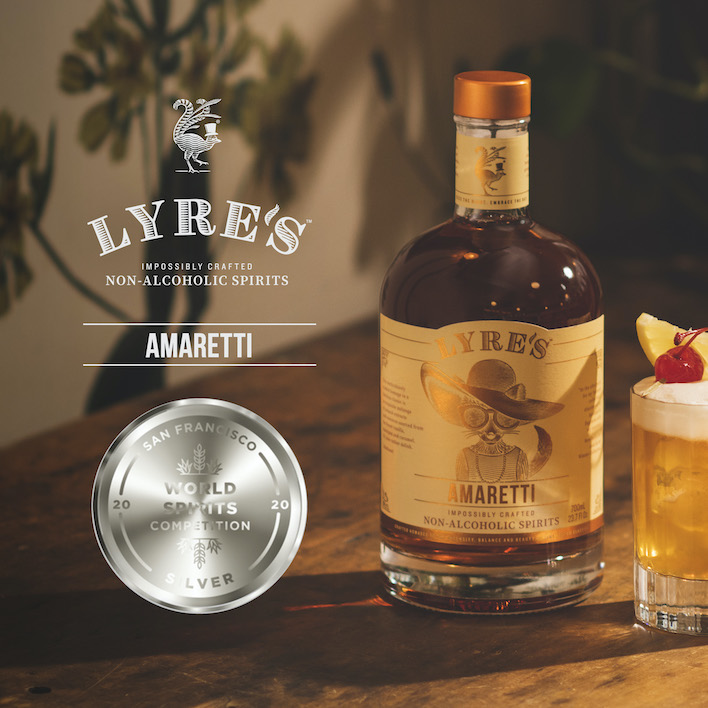 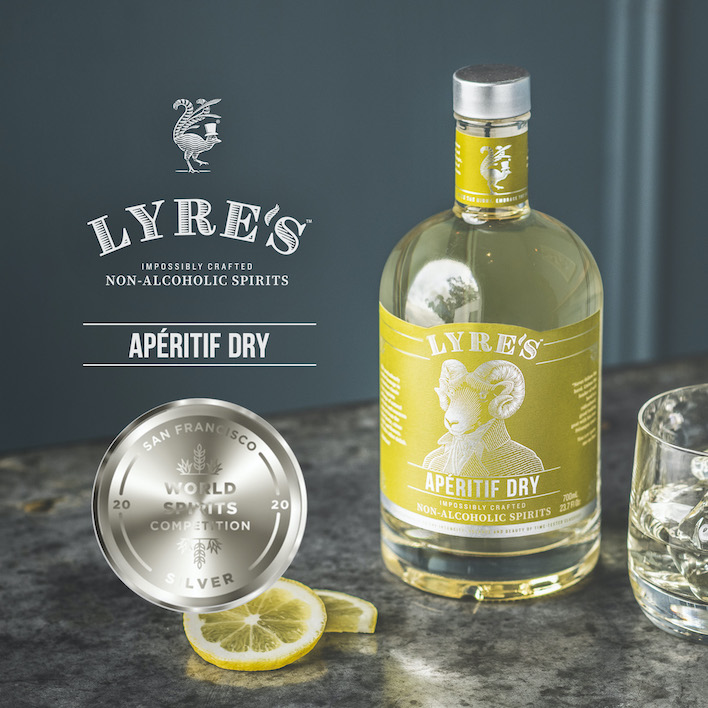 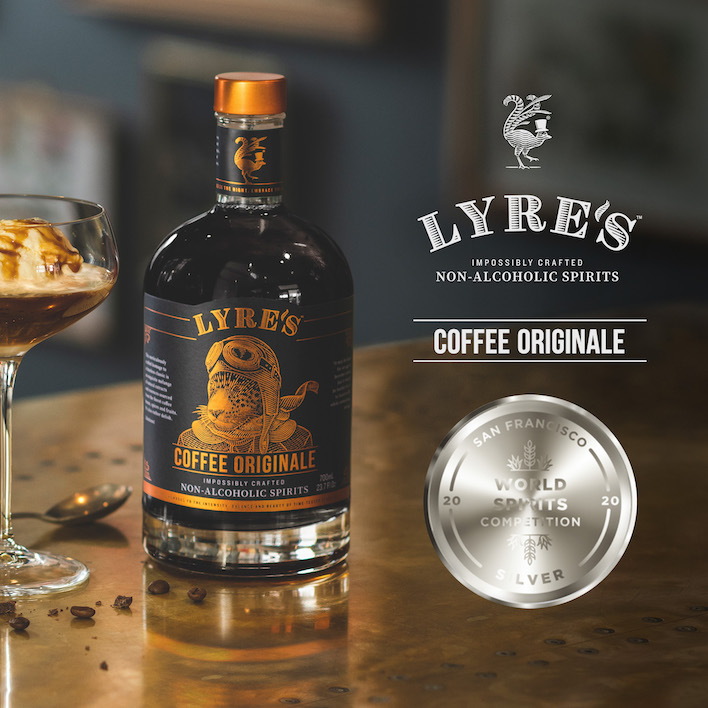 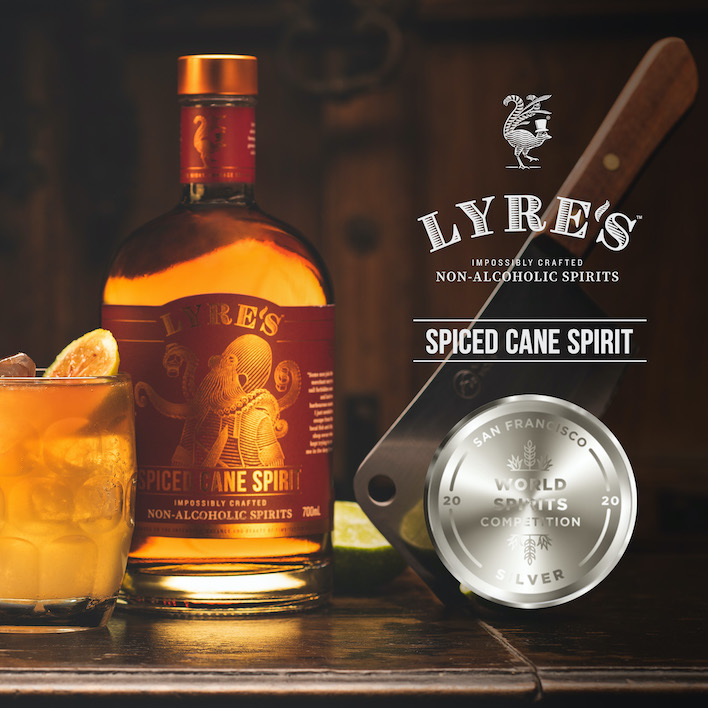 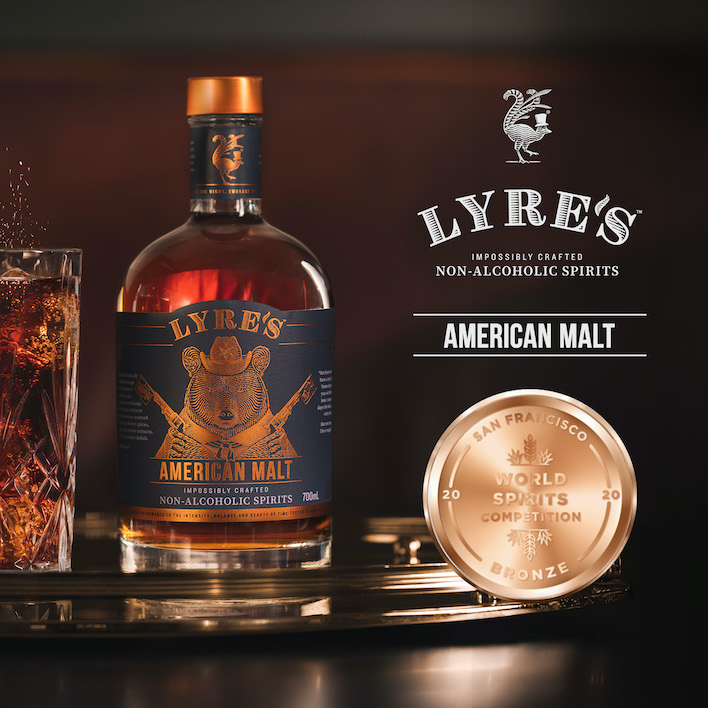 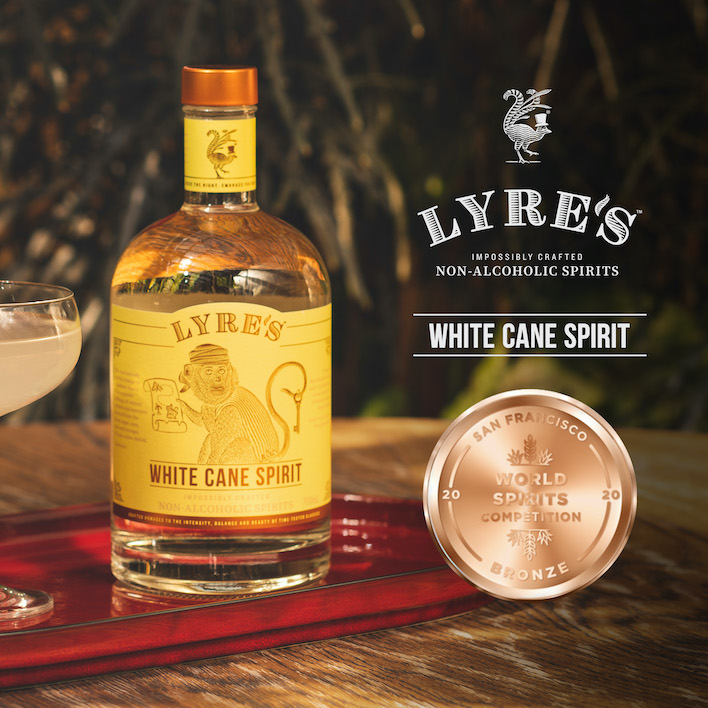 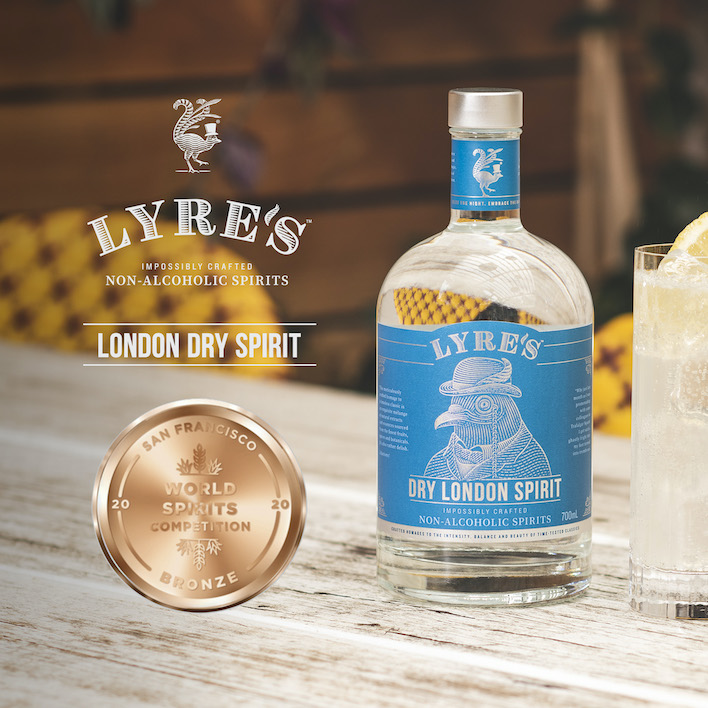 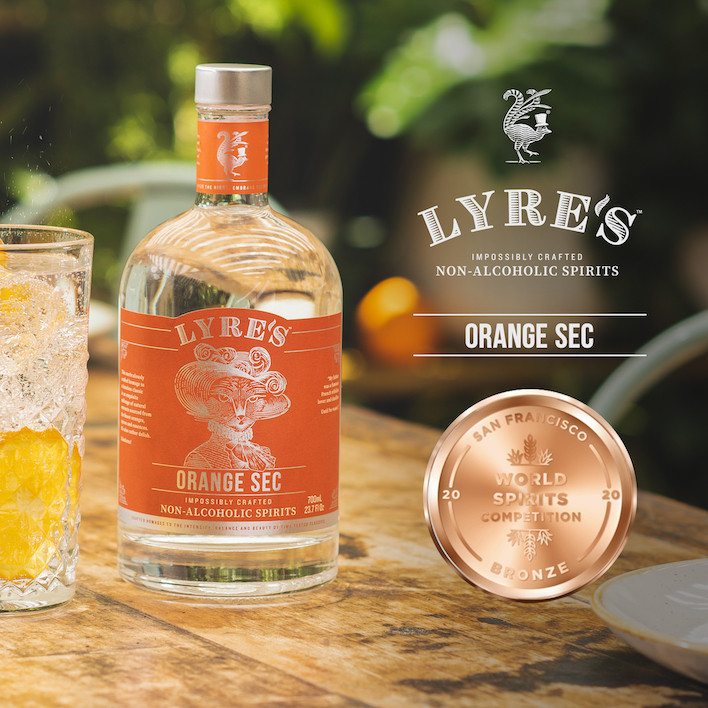 “The San Francisco World Spirits Competition has seen an increase the past few years with non-alcoholic entries and this is the first year that they have placed exceptionally well with Lyre’s Non-Alcoholic Spirits,” said Anthony Dias Blue, the competition’s founder and executive director.

Other award milestones include Lyre’s Aperitif Rosso receiving a double gold from the 2019 SommCon’s Concours d’Spirits competition presented by The Somm Journal, one of only five double gold medals presented across all categories and the only non-alcoholic product to be judged blind by the tasting panel against full-strength counterparts. Lyre’s Orange Sec, White Cane Spirit and Aperitif Dry received silver medals. 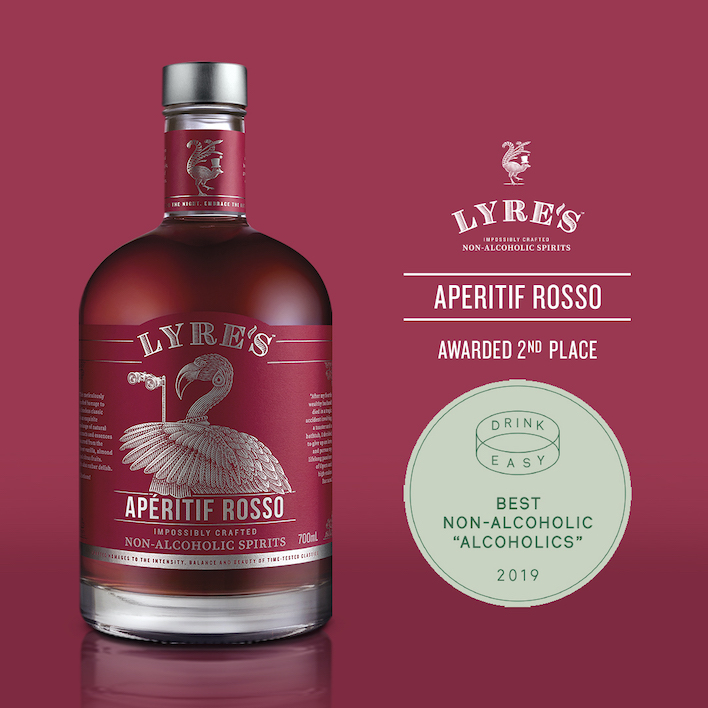 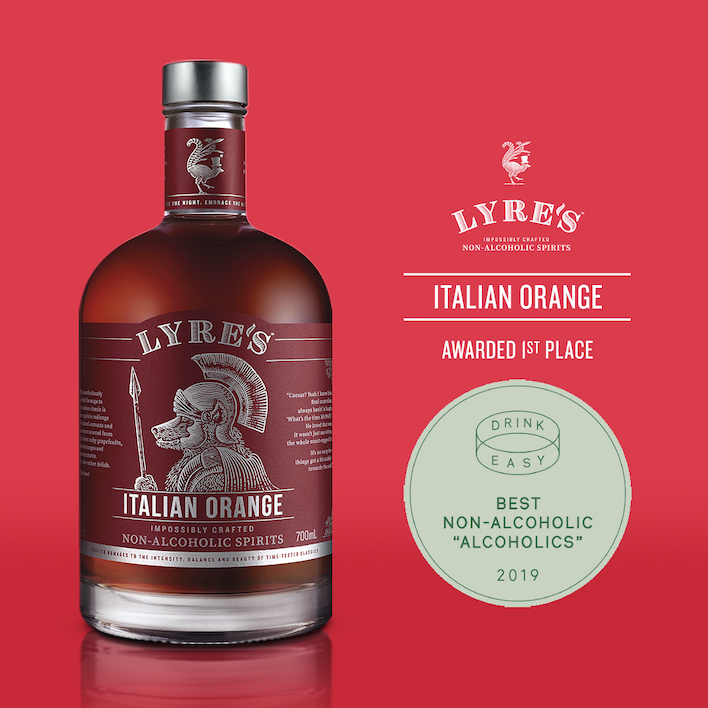 “It is brilliant to see Lyre’s Non-Alcoholic Spirits honoured with such a prestigious set of awards and I am even more pleased to see non-alcoholic spirits participating in and winning awards at competitions like the San Francisco World Spirits Competition,” says Mark Livings Lyre's CEO and Co-Founder. “As the movement toward lower ABV and zero-proof drinks continues to rise, Lyre’s offers consumers an option to enjoy their drink, their way. We believe our collective medals from highly controlled blind tasting competitions makes Lyre’s the most awarded non-alcoholic spirit brand globally and undeniably reinforces the credibility of this new category and our range and flavour leadership." 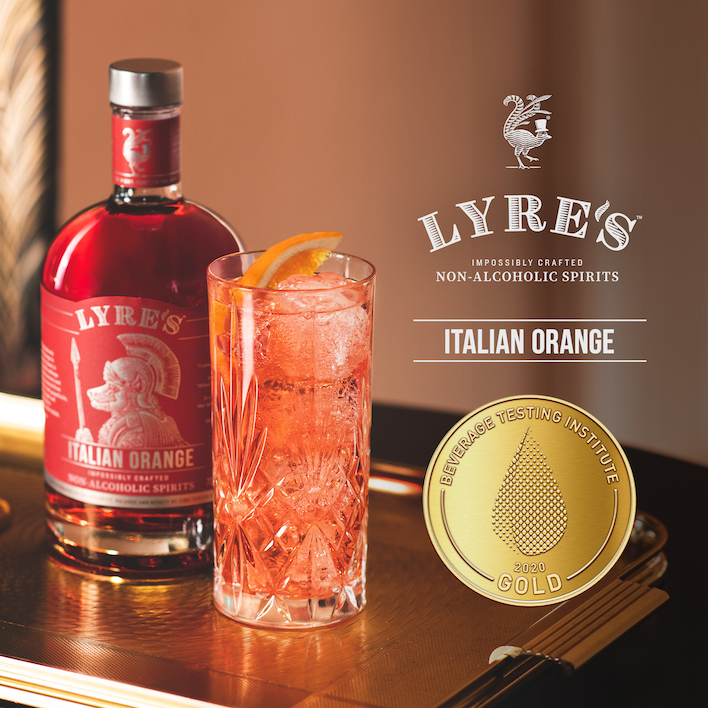 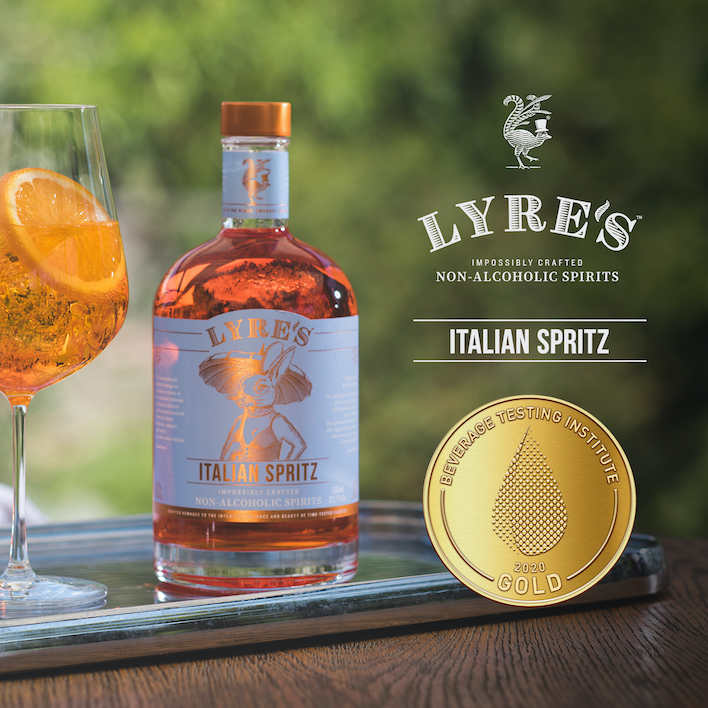 On the 9th July lyre’s won multiple awards at Imbibe’s inaugural No and Low Taste Awards. In its inaugural year, the Imbibe No & Low Taste Awards is the first competition to recognise the drinks industry’s championing of the no- and low-alcohol movement.

Judged by a panel of leading industry experts and with over 150 products entering the five different headline categories Lyre's faired brilliantly; Lyre’s American Malt was overall category winner in the best No & Low Dark Spirit category; Lyre's Coffee Originale won the Back Bar Essential No & Low Award – a special judges award that recognised Coffee Originale as a must-have product on any bar – and Lyre's Italian Orange was highly commended in the No & Low Aperitif category. 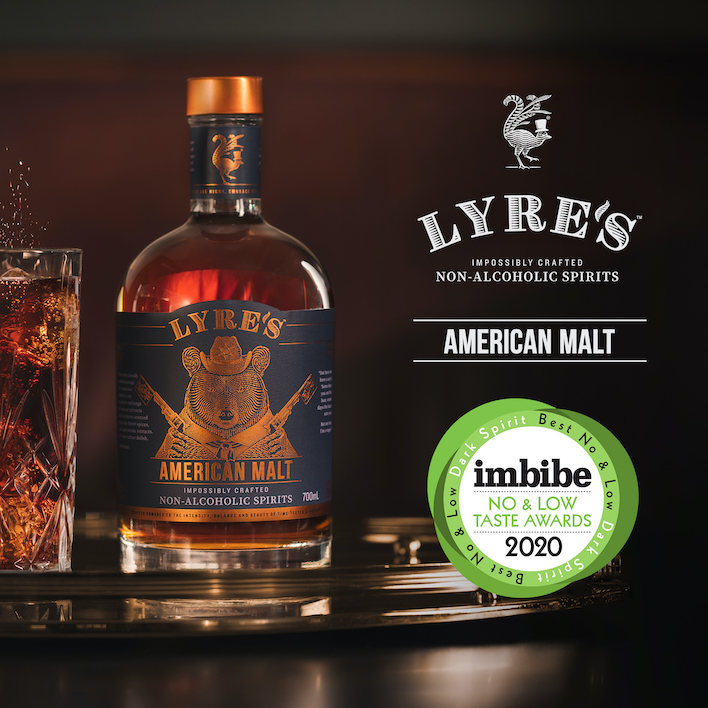 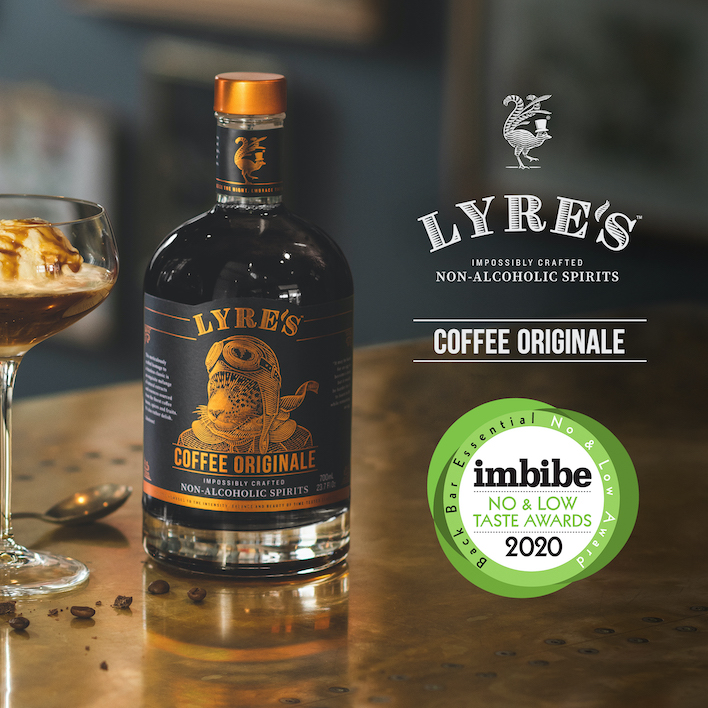 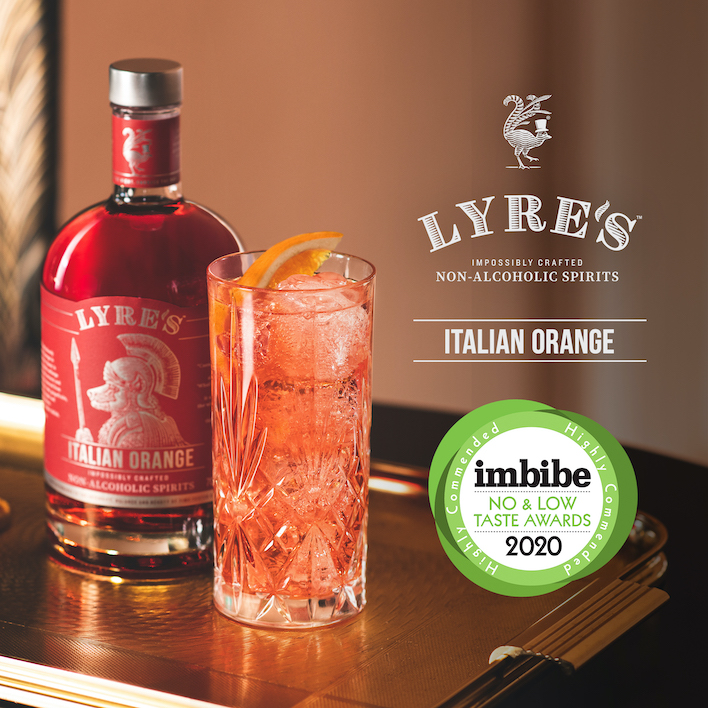 Laura Willoughby, MBE, Club Soda founder and judging chair of the Imbibe No and Low Taste Awards said: “You think you know all about no and low alcohol drinks, but then you are presented with nearly 160 brands in one go and you realise that this space is a big melting pot of innovation. I have come out of this whole process with real excitement for the no and low space and its potential. It is clear this category is only just getting started!"

Lyre’s is at the forefront of the mindful drinking movement, offering consumers the freedom to enjoy their favourite drinks their way, whether that's cutting back or substituting for a non-alcoholic alternative and generally with its portfolio of 13 flavour profiles that pay homage to the flavours and aromas of the world’s favourite spirits, inspiring people to create beautifully crafted non-alcoholic drinks their way.

“Recognition from industry leaders like Imbibe is always important, and the fact that this is the first ever awards dedicated to no and low makes these awards even more special. Creating our portfolio was a three-year process that saw us work with the world’s most recognised sommeliers. Our pursuit of perfection was unwavering and each Lyre’s product combines all-natural essences, extracts and distillates to match the aroma, taste, appearance and tell-tale burn of time-tested spirits. Over a short period, the brand has picked up more awards than any of its competitors becoming the most awarded non-alcoholic spirit brand in the world, picking up accolades from around the world.

“When the concept for Lyre’s was in its infancy, we knew the category would explode and that consumers would be looking for choice and premium quality no and low spirits. We’ve been proven right and are developing a series of product innovations that we’re excited to share later in the year.” 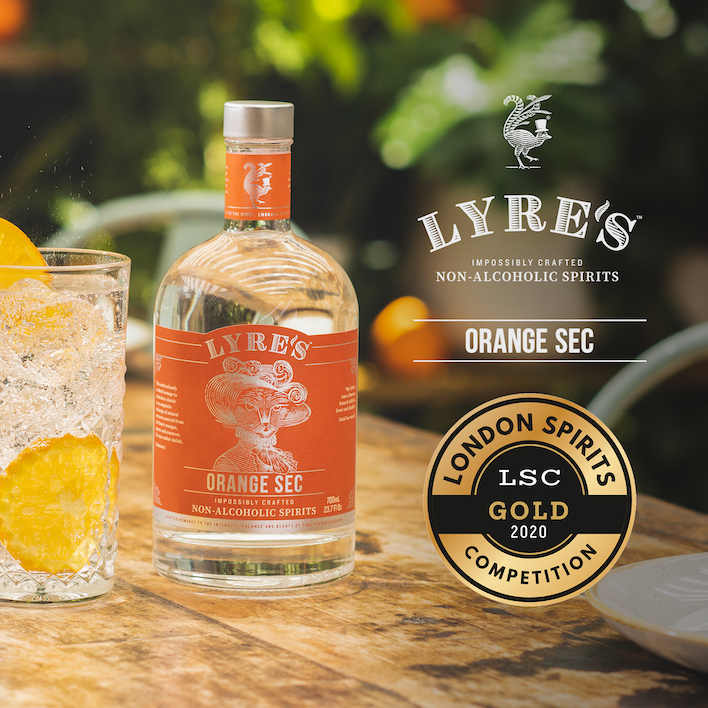 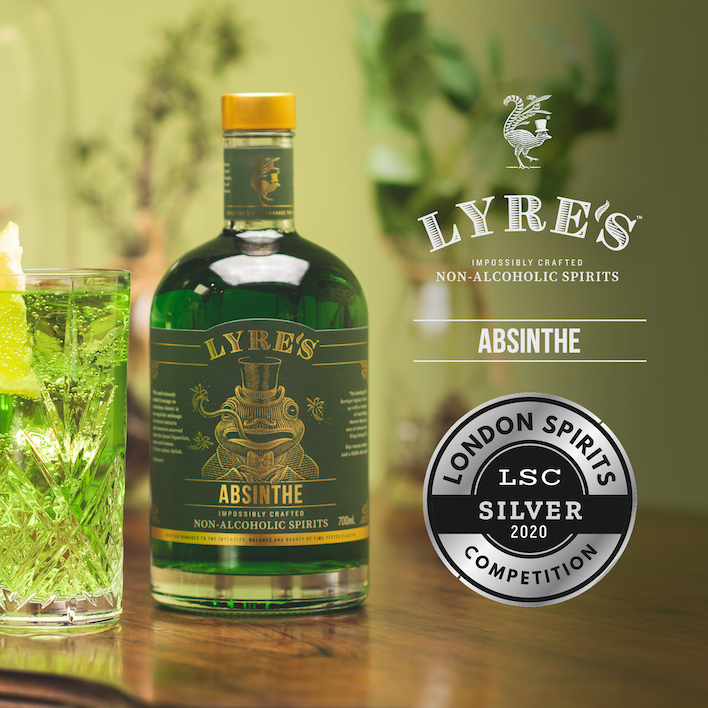 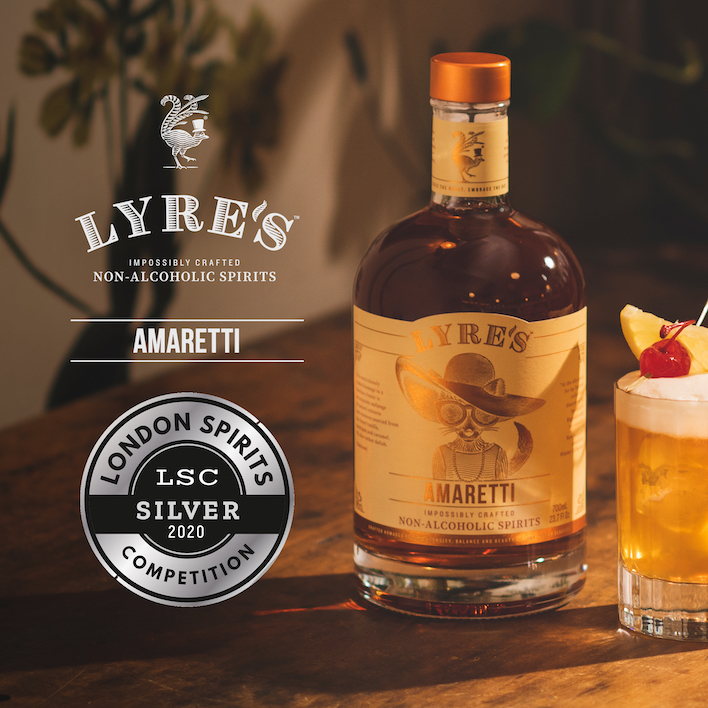 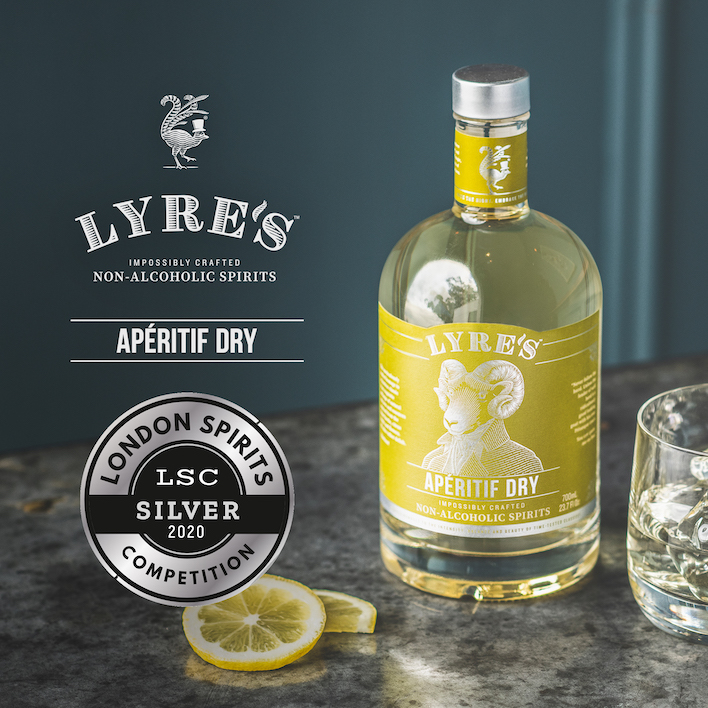 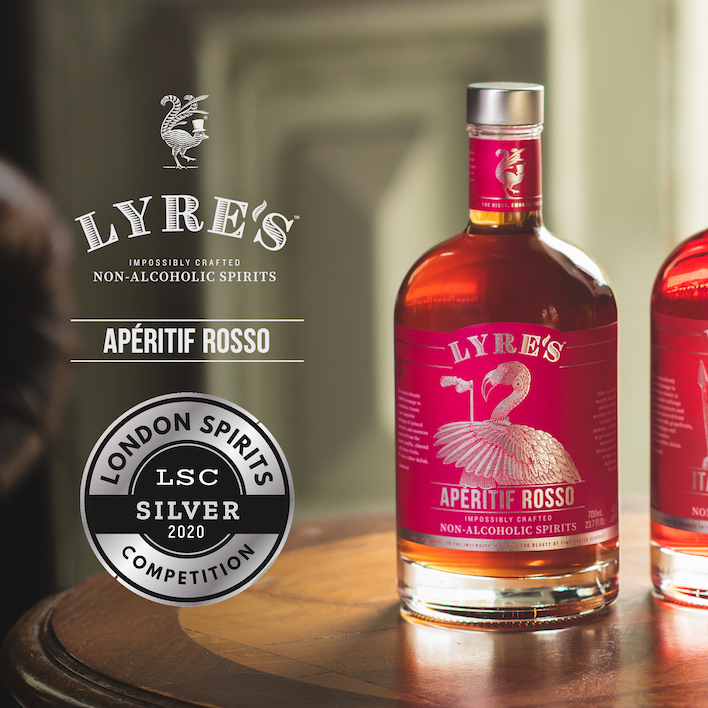 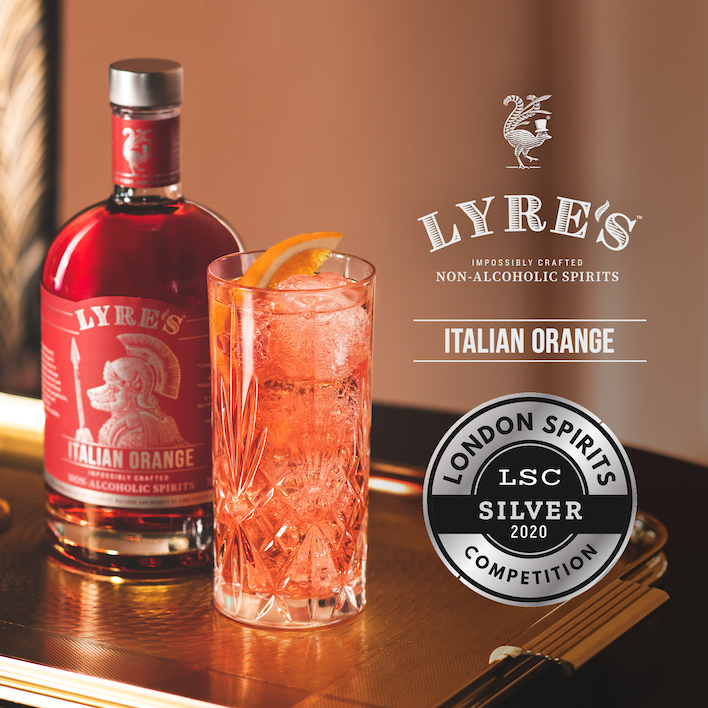 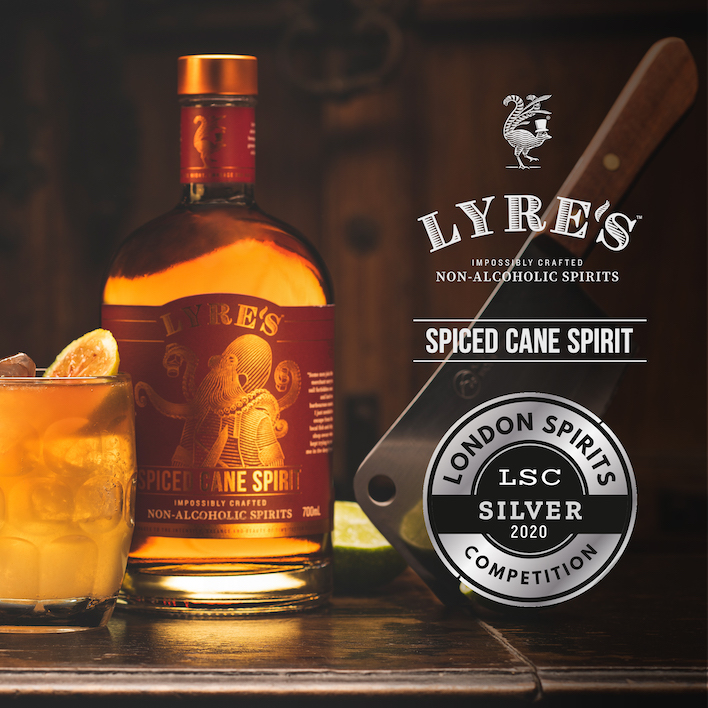 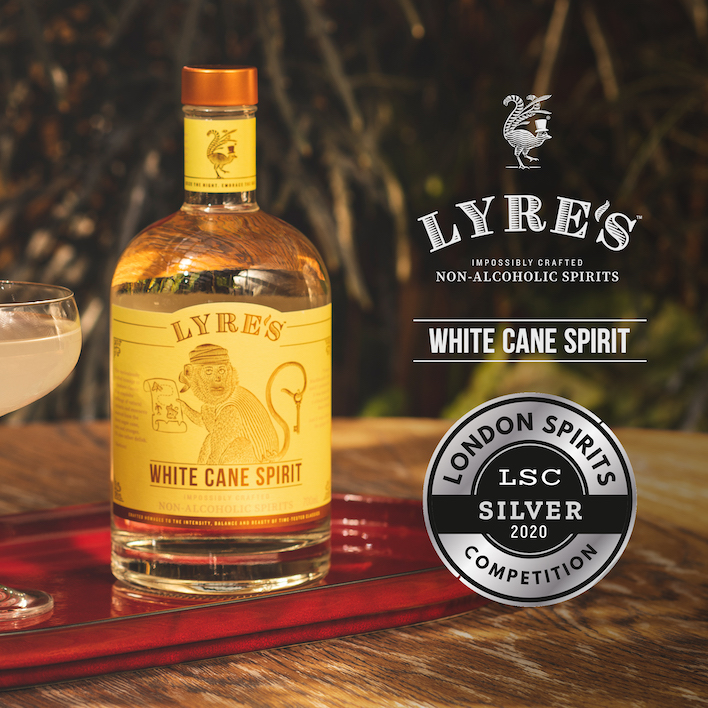 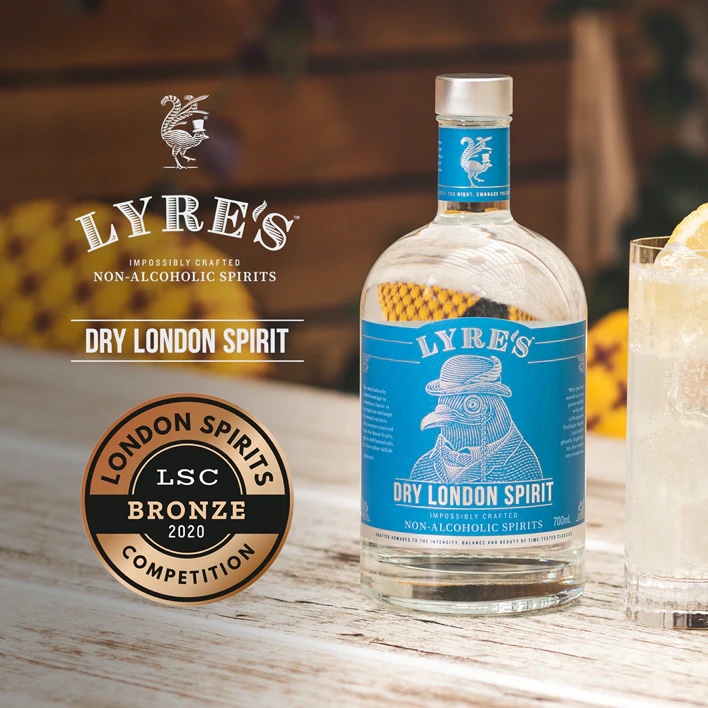 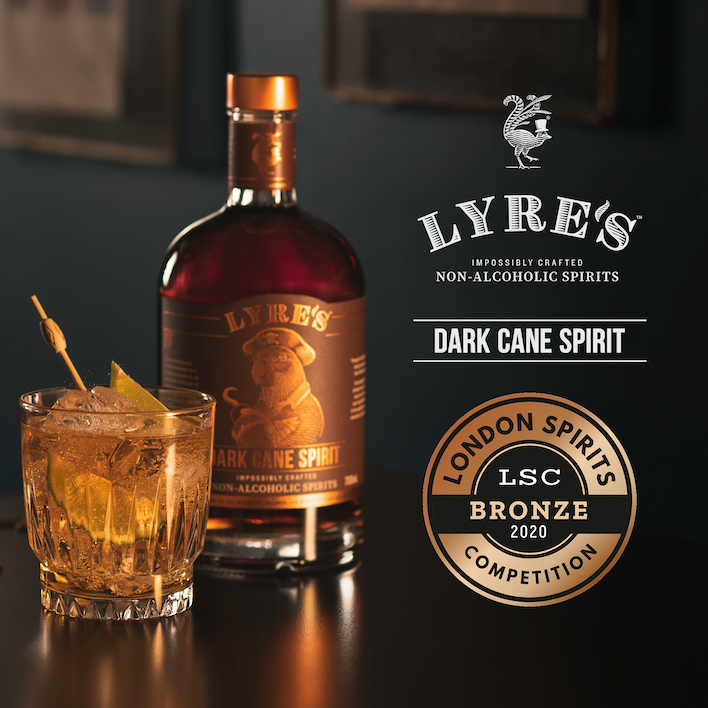 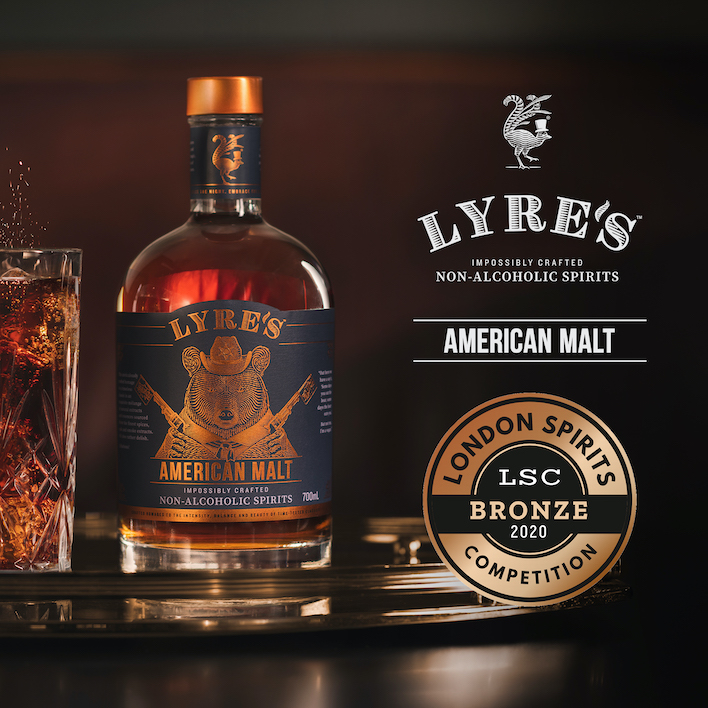 “Accolades from industry leaders and experts are always important for a brand like ours, but what makes the London Spirits Competition special is that these awards focus on what consumers want to purchase and experience. When we started this journey three years ago, no and low and moderation were taboo subjects within industry but now the category is booming globally and Lyre’s is leading the charge with a portfolio of products that allows consumers the freedom to enjoy their favourite drinks and cocktails without compromise. We’re delighted to add these awards to our recent wins at the inaugural No and Low Awards from Imbibe and the San Francisco World Spirits Competition.”

Standing true to Lyre's brand promise of "the finest range of non-alcoholic classic spirits the world has ever seen" Lyre's proved that time and time again their high quality liquid surpasses not only competition non-alcoholic spirits but also stands strong even when measured against their alcoholic counter parts as they were awarded a total of 8 medals at the 2020 International wine and spirit competition.

In particular the standout was Lyre's Amaretti which was awarded a jaw-dropping 98 point score, delivering a gold medal and 'outstanding' rating by the judges. Additionally, Lyre's Amaretti also picked up the trophy for overall victory in the no and low alcoholic spirits category which stood testament to " At Lyre's we believe that switching to a non-alcoholic drink should never be a compromise in flavour or taste, so you can stay spirited and drink free!

Adding to the tally, as the world's most awarded non alcoholic spirit range was Lyre's American Malt which was also awarded a gold medal with an amazing score of 95 points.

In fact, Lyre's dominated the high scores within the competition which was a significant achievement considering the hundreds of products assessed by a carefully assembled panels of experts. Each product was individually blind tasted and then thoroughly discussed by the panellists. All scores of 90 and above were then re-tasted by the judging committee for their final confirmation, so Lyre's gold medals are a very special recognition indeed.

On the 18th of October Lyre's added to their already impressive portfolio as they were awarded 8 medals at the 7th annual Melbourne International Spirits Competition (MISC) which consisted of over 200+ entrants, 10+ countries and 50+ categories. The MISC is part of the international beverage competition series which hosts up to 14 competitions around the world

SO HOW WELL EXACTLY DID LYRE'S REVIEW?

DISCOVER THE WORLD OF LYRE'S

GOOD DAY TO YOU!

We suspect that you are located outside of Australia.

I am in Australia

I am not in Australia

Find stockists near me

We suspect you may not be from around here, please select your region

BEFORE YOU TAKE OFF!
You haven't entered the secret knock.. Unlock the world of Lyre's on facebook and ask for the secret knock on Messenger
No thanks, I don't like exploring secret deals and offers.
X

Before you take off!
You haven't entered the secret knock... Unlock the world of Lyre's on facebook and ask for the secret knock on Messenger
No thanks, I don't like exploring secret deals and offers.